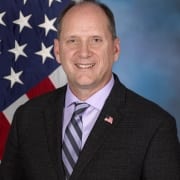 Dr. Brett Piekarski is a Chief Scientist for the DEVCOM Army Research Laboratory (ARL) Computational and Information Sciences Directorate with a focus on coordinating research, programs, and infrastructure across ARL’s Autonomous Systems Enterprise. He is the Cooperative Agreement Manager for ARL’s Distributed and Collaborative Intelligent Systems and Technology (DCIST) Collaborative Research Alliance (CRA) that is focused on performing fundamental science in Distributed Intelligence, Heterogeneous Group Behavior, and Resilient Tactical Behaviors for large heterogeneous teams of Soldiers and Intelligent Systems. He also serves as a Co-Lead for the Autonomy Community of Interest Scalable Teaming of Autonomous Systems Working Group. He has a Bachelor’s of Science in Mechanical Engineering from the University of North Dakota, a Masters in Mechanical Engineering from Johns Hopkins University and a Ph.D. in Mechanical Engineering from the University of Maryland. 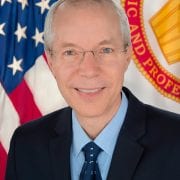 Brian M. Sadler received the B.S. and M.S. degrees from the University of Maryland, College Park, and the PhD degree from the University of Virginia, Charlottesville, all in electrical engineering. He is the US Army Senior Scientist (ST) for Intelligent Systems, an IEEE Fellow, and a Fellow of the Army Research Laboratory. He received Best Paper Awards from the IEEE Signal Processing Society in 2006 and 2010, and is an IEEE SP Society Distinguished Lecturer for 2017-2018. He was an Associate Editor of the IEEE Transactions on Signal Processing, IEEE Signal Processing Letters, and EURASIP Signal Processing. He has been a Guest Editor for several journals, including the IEEE JSTSP, the IEEE JSAC, the IEEE SP Magazine, Autonomous Robots, and the International Journal of Robotics Research. His research interests include networked and autonomous intelligent systems, and information science. 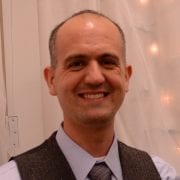 Ethan Stump is a researcher within the U.S. Army Research Laboratory’s Computational and Information Sciences Directorate, where he works on machine learning applied to robotics and control with a focus on ground robot navigation and human-guided reinforcement learning. He received the Ph.D. and M.S. degrees from the University of Pennsylvania, Philadelphia, and the B.S. degree from the Arizona State University, Tempe, all in mechanical engineering. Dr. Stump is a government lead in intelligence for the ARL Robotics Collaborative Technology Alliance and in distributed intelligence for the ARL Distributed Collaborative Intelligent Systems Technology (DCIST) Collaborative Research Alliance. During his time at ARL, he was worked on diverse robotics-related topics including implementing mapping and navigation technologies to enable baseline autonomous capabilities for teams of ground robots and developing controller synthesis for managing the deployment of multi-robot teams to perform repeating tasks such as persistent surveillance by tying them formal task specifications. 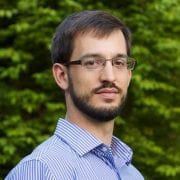 Dr. Jonathan Fink is a researcher working within the Army Research Laboratory’s Computational Sciences Directorate. He received his PhD from the University of Pennsylvania, Philadelphia in 2011. Since joining ARL, he has been integral the research, development, and experimental testing of fundamental capabilities for autonomous ground robots including techniques for mapping and navigation in Army-relevant environments. Dr. Fink focuses on bringing uncertainty-awareness to autonomy algorithms to research and develop systems that are robust to challenging environments with applications ranging from wireless communication maintenance to high-speed control and navigation. 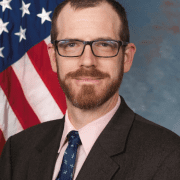 Christopher Kroninger is a researcher and team leader of the Microsystem Mechanics Team in the Autonomous Systems Division of the Army Research Laboratory and the Government Lead of the Heterogeneous Group Control Research Area of the Distributed and Collaborative Intelligent Systems and Technology (DCIST) Collaborative Research Alliance. Kroninger previously served as the Government Technical Area Lead for the Micromechanics Center of the Micro-autonomous Systems and Technology (MAST) Collaborative Technology Alliance (CTA). His research has focused primarily on the experimental and analytic aerodynamic study of rotary and flapping wing flight. His work pertains to the design and assessment of insect-scale wings and the understanding the aerodynamic limits of aerial robotic flight.