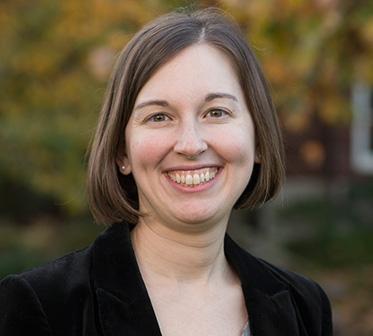 Department of Aeronautics and Astronautics
Massachusetts Institute of Technology
Profile

Julie Shah is an Associate Professor of Aeronautics and Astronautics at MIT and director of the Interactive Robotics Group, which aims to imagine the future of work by designing collaborative robot teammates that enhance human capability. She is expanding the use of human cognitive models for artificial intelligence and has translated her work to manufacturing assembly lines, healthcare applications, transportation and defense. Before joining the faculty, she worked at Boeing Research and Technology on robotics applications for aerospace manufacturing. Prof. Shah has been recognized by the National Science Foundation with a Faculty Early Career Development (CAREER) award and by MIT Technology Review on its 35 Innovators Under 35 list. Her work on industrial human-robot collaboration was also in Technology Review’s 2013 list of 10 Breakthrough Technologies. She has received international recognition in the form of best paper awards and nominations from the ACM/IEEE International Conference on Human-Robot Interaction, the American Institute of Aeronautics and Astronautics, the Human Factors and Ergonomics Society, the International Conference on Automated Planning and Scheduling, and the International Symposium on Robotics. She earned degrees in aeronautics and astronautics and in autonomous systems from MIT.