STRATA: A Unified Framework for Task Assignments in Large Teams of Heterogeneous Robots 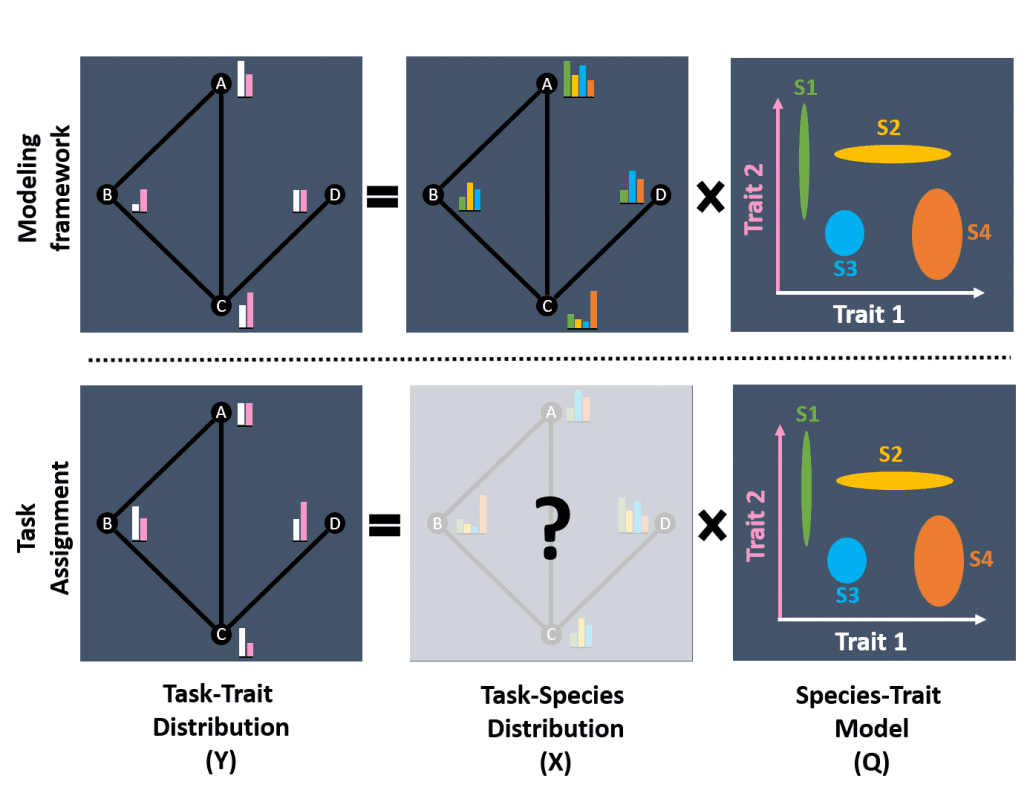 Large teams of robots have the potential to solve complex multi-task problems that are intractable for a single robot working independently. However, solving complex multi-task problems requires leveraging the relative strengths of different robots in the team. A recent paper by members of the DCIST alliance introduces Stochastic TRAit-based Task Assignment (STRATA), a unified framework that models large teams of heterogeneous robots and performs optimal task assignments. Specifically, given information on which traits (capabilities) are required for various tasks, STRATA computes the optimal assignments of robots to tasks such that the task-trait requirements are achieved. Inspired by prior work in robot swarms and biodiversity, robots are categorized into different species (groups) based on their traits. The work models each trait as a continuous variable and differentiates between traits that can and cannot be aggregated from different robots. STRATA is capable of reasoning about both species-level and robot-level differences in traits. Further, the work defines new measures of diversity for any given team based on the team’s continuous-space trait model. The necessity and effectiveness of STRATA are illustrated using detailed simulations and a capture-the-flag game environment. Current efforts are directed towards utilizing this framework for modeling teams comprised of both humans and robots.